Thanks to the recent Georgia Supreme Court ruling in Bowden v. The Medical Center (TMC), Georgia hospitals are free from the fear that filing a hospital lien at their chargemaster rates will result in a claim against them for fraud and negligent misrepresentation by a class or an individual uninsured patient. The Court held that Georgia Hospitals face no legal risk for filing hospital liens at their chargemaster rates, except for individual litigation for patients trying to reduce a hospital’s lien. Based on this outcome, the Supreme Court’s ruling will also likely resolve in the favor of hospital defendants in 14 other cases that were stayed pending the results of Bowden v. TMC.

The case has been ongoing since July 2011, when Danielle Bowden was injured in an automobile accident. Bowden was treated at The Medical Center for a broken leg, and TMC billed her accordingly for her care. She did not have commercial health insurance, so TMC filed a hospital lien against her personal injury settlement in the full amount of the hospital’s billed charges.

When Ms. Bowden refused TMC’s offer to reduce their lien by 61%, the tortfeasor paid the policy limits of $25,000 into the Clerk of Court’s registry and filed a petition requesting that the Superior Court decide how to disburse the funds. Ms. Bowden filed a crossclaim against TMC for claims alleging fraud, negligent misrepresentation, and Georgia RICO—stating that TMC filed a lien based on the hospital’s chargemaster rates, which was grossly excessive.

Want to learn more about how the Court's ruling impacts your facility? Contact our team. 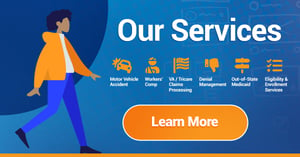 Since 2018 when the Court of Appeals affirmed class certification in Bowden, Georgia hospitals have been inundated with lien reduction requests accusing them of filing fraudulent liens. These letters now may be answered by citing Bowden v. The Medical Center as authority that hospitals have done nothing wrong.

The Bowden ruling still allows patients to contest the reasonableness of their medical charges claimed by a hospital in their lien. Therefore, Georgia hospitals’ next battle is to convince judges that it is illogical and unfair for uninsured patients to be treated for injuries at a hospital emergency department, present the bills for these services to the at-fault party’s insurance carrier for payment, receive payment in full, and then turn around and argue that the charges were unreasonable in the first place.

Hospitals in other jurisdictions considering similar cases, such as the multidistrict hospital lien litigation in Texas, should take note of the Georgia Supreme Court’s opinion in Bowden.

If you want to discuss how this could affect your ability to collect claims from motor vehicle accidents using your state’s hospital lien statute, reach out to the Aspirion team. MVA claims are some of the most complex that hospitals face, but we’ll partner with you to recoup the dollars you’re owed.

Since 2008, Aspirion has offered a growing array of RCM services for hospital, health systems, and large physician groups looking for better results in managing their most complex reimbursements. Aspirion has been and continues to be a trusted partner to many of the most prominent providers in the U.S.

Ready to find a solution

that's right for you? 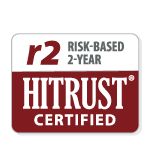